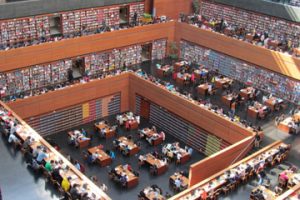 Research Officer Luke Wong uncovered the names of nearly 200 political prisoners through archival research at an American university library in April. All detained or sentenced between 1980 and 2011, the prisoners have mostly been released. Uyghurs account for more than half of those named and about a dozen of those believed to remain in prison. The Turkic-speaking Muslim ethnic group accounts for 46 percent of the population of Xinjiang, in western China. Chinese government authorities often accuse Uyghurs of attempting to split the nation, while Ugyhur advocates point to heavy-handed restrictions on social and cultural rights, which reportedly impede everything from hailing a taxi to growing a beard, as the source of unrest in the region. About 99 percent of Uyghurs in Dui Hua’s Political Prisoner Database are men, but Wong’s research uncovered a reference to a Uyghur women’s organization that Chinese authorities have labeled a separatist group. More research is needed to better understand the organization and women’s roles in political activism in Xinjiang and throughout China.

Information found during the trip detailed the cases of other individuals charged with endangering state security (ESS). Chen Shifu (陈世富), a Hubei coffin seller, was charged with inciting subversion for hanging big-character posters outside government offices in 2002. The posters criticized the Communist Party and invoked Sun Yat-sen’s Three Principles of the People. The prosecution noted that as a result of Chen’s posters, local schools held several days of political-thought classes to “set the record straight.” In his defense, Chen stated that he only wanted to make comments, not overthrow the party. In March, Dui Hua estimated that China indicted more than 1,000 people on ESS charges in 2012, up 9 percent from 2011.

Women in Prison Fundraising Begins on the Road

Executive Director John Kamm took his first round-the-world trip of the year in February. He briefed government officials on human rights developments and Dui Hua’s latest work in Oslo, Geneva, Bern, Stockholm, Copenhagen, Beijing, and Hong Kong. During the trip, Kamm sought European grants for our Sino-international conference on women in prison, to be held in Hong Kong next spring. The grants would represent a promising start towards fundraising goals, but broad-based support is just as important. As described in the spring issue of San Francisco Attorney, the magazine of the Bar Association of San Francisco, support from the US legal community was invaluable to our Juvenile Justice Expert Exchange in September 2012. We hope the legal community and other advocates will continue to support us this year and next in our efforts to increase transparency on the conditions at Chinese women’s prisons and to spur implementation of minimum standards for the treatment of women in prison.

Well-known photographer Mariana Cook, the last student of Ansel Adams, chose to include Executive Director John Kamm in her book, Justice: Faces of the Human Rights Revolution, released this spring. Kamm is deeply honored to appear alongside

international advocates including former US president Jimmy Carter, Burmese opposition politician Aung San Suu Kyi, and Archbishop Desmond Tutu. Twenty-three years ago, Kamm used his clout as a successful businessman to set in motion the first release of a political prisoner by the Chinese government in response to a foreigner’s

appeal; he has remained dogged in his commitment to human rights in China ever since. Kamm and Dui Hua have intervened on behalf of more than a thousand political prisoners and have helped about half of them obtain early release, better medical care, access to books, or family visits. Dui Hua is proud to have been instrumental in securing the early release of Jigme Sangpo, another activist Cook chose to include in her new book. Jigme Sangpo was an elementary school teacher in Lhasa before his commitment to Tibetan rights led to his imprisonment for nearly 20 years between 1983 and 2002. Portraying nearly 100 individuals, Cook’s powerful book reminds us of the stories and struggles behind the movement for self-determination, rights, and dignity for all. ■

So to help you support us for the long haul, we’ve made it easier to contribute by launching monthly recurring donations via Dui Hua Sustainer. Now you can offer ongoing support to Dui Hua research, advocacy, and exchange with one click and make a difference in the lives of at-risk detainees.